There have been much media interest in the first advertising themes of 'baby', 'sex toys', 'coffin', 'blow job', 'fan' and 'breast'. The themes were introduced at the end of March 2007 and exhibited upon special invitation in ART Cologne in April. We would be very pleased if the media continued to actively support us and showed the adverts for free.

Die Welt, Bild, Bunte, Spiegel, Focus, Neon and many other newspapers and magazines displayed the adverts for free. At Hamburg's airport the round, saucer eyes of the baby made people aware of the transmission of HIV from mother to child. From 16 October to 31 December 2007 ten HOCHBAHN buses drove through the streets of Hamburg adorned with the 'baby' and 'coffin' themes.

In 2008, new advertising themes ('vultures', 'execution', 'stomach' and 'silence') as well as two TV adverts were developed in order to continue to draw attention to the topic of HIV and AIDS. The creative agency 1.78 created more themes, which served primarily as branding for lorries belonging to Euro-Leasing and which were out and about on Germany's roads.

Since June 2008, JCDecaux has supported the advertising campaign across Germany with numerous cross-regional posters. The posters of the theme with Michael Stich alone corresponded to a media value of 90,000 euros. A fantastic commitment with huge coverage.

From 4 to 31 August 2008, the entire campaign could be seen as an exhibition in Hamburg's town hall. The 2008 advertising themes show aesthetic photographs by Oliver Lassen with the ideas of advertising agency kempertrautmann.

They are specifically dedicated to the theme of 'youth and HIV' and play with sexuality and death, in order to combine two taboos that accompany the illness HIV and AIDS. The themes with young couples use unusual methods to call attention to the fact that the most common form of transmission of the illness is unprotected sex. The key factor of the campaign themes is knowledge of the illness and its ways of transmission, because this is the only way that everyone can protect themselves and their partner against infection. 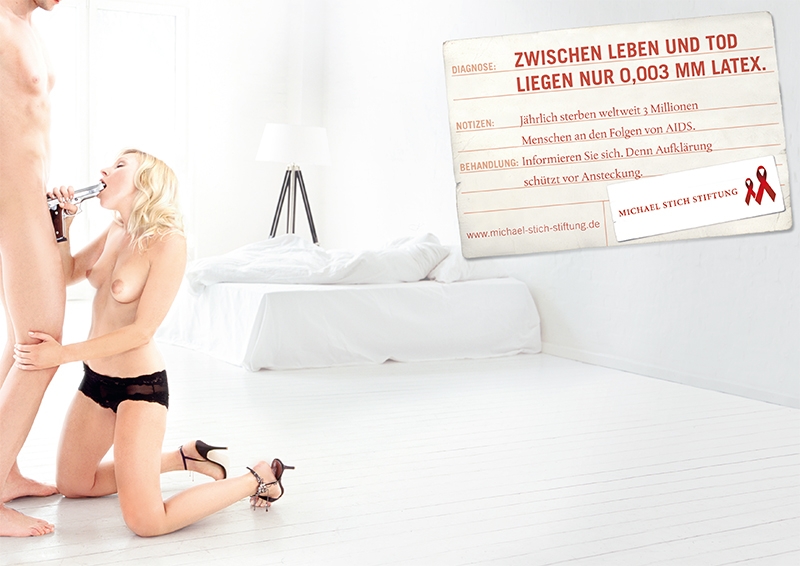 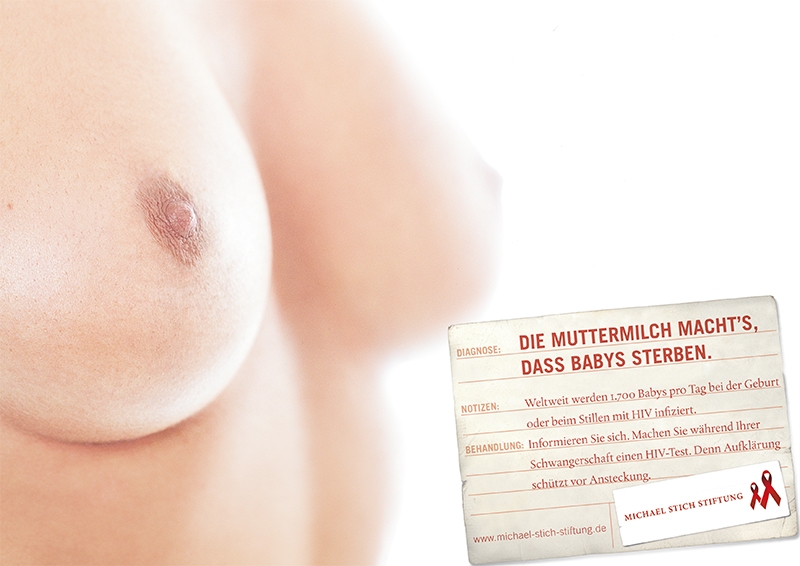 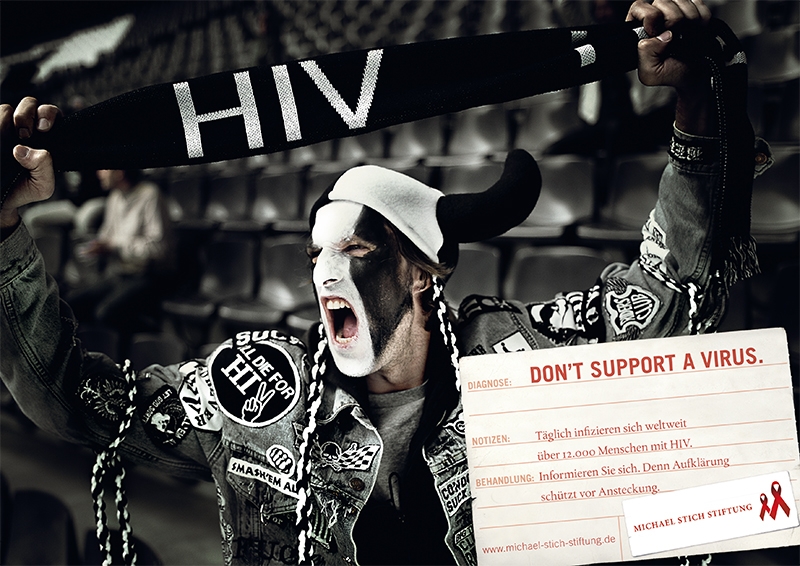 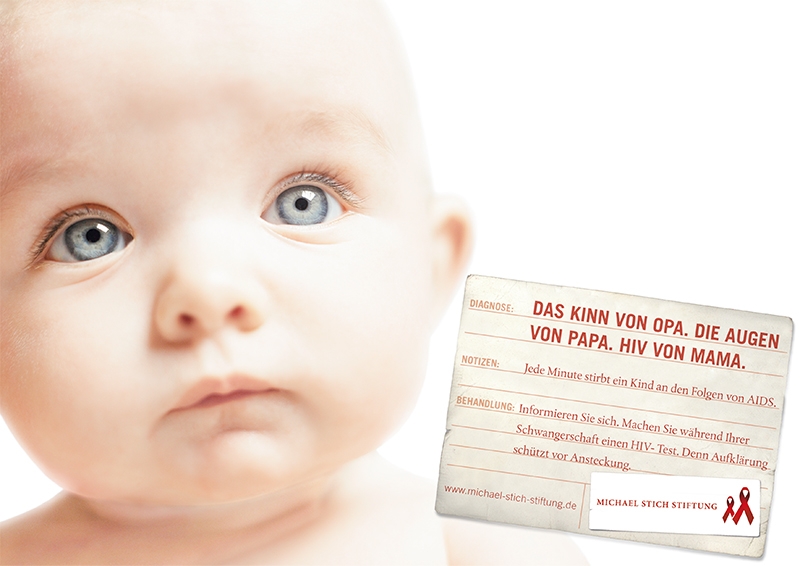 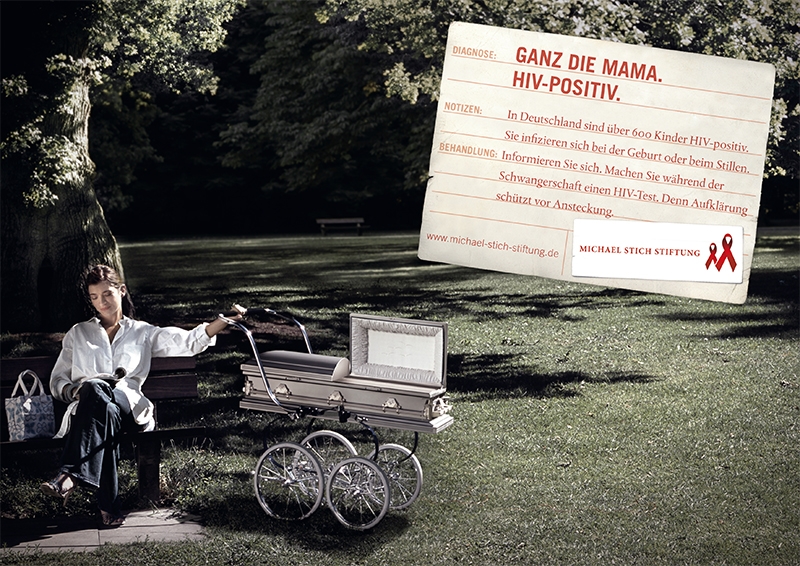 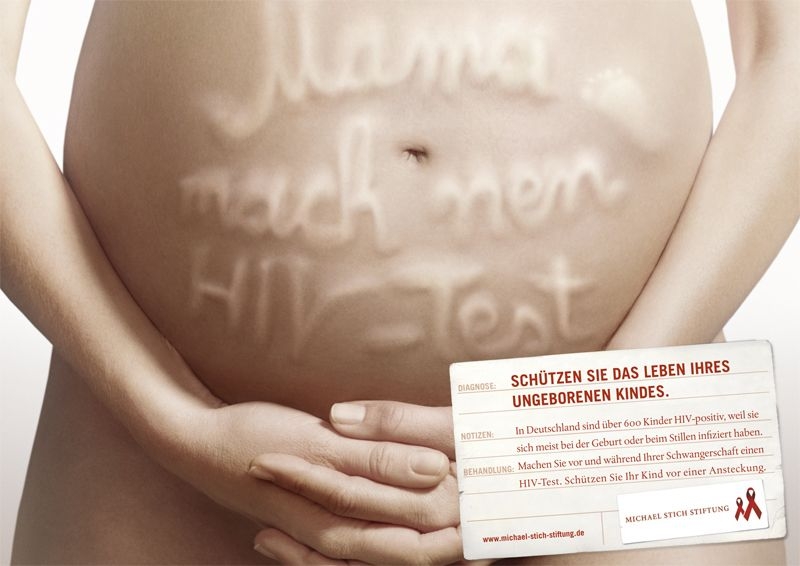 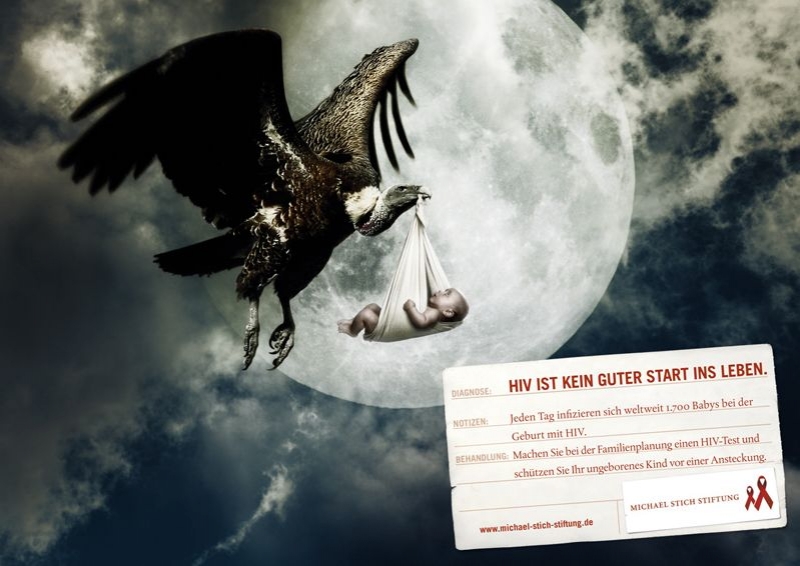 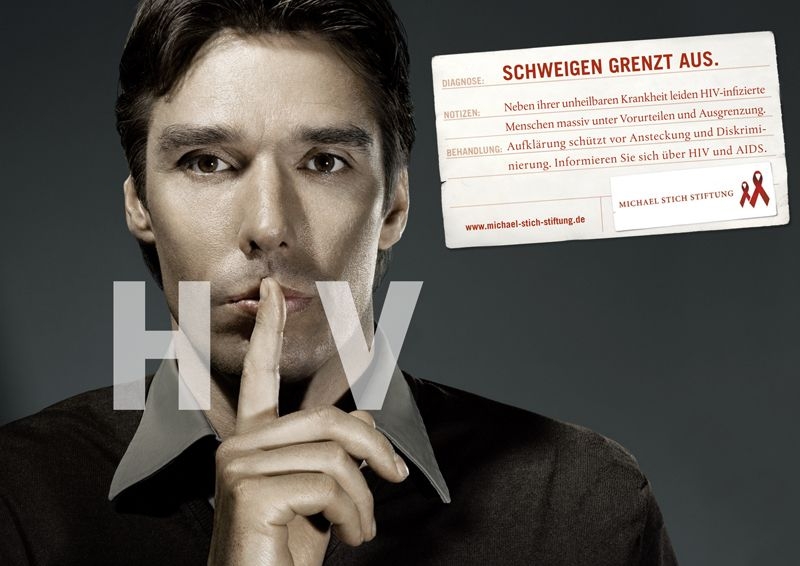 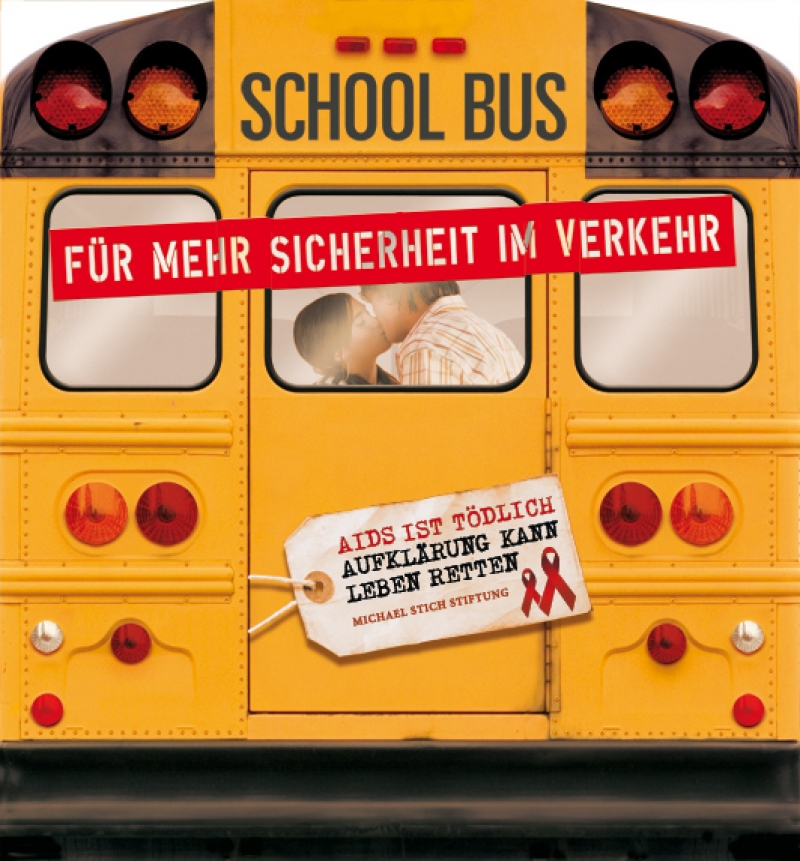